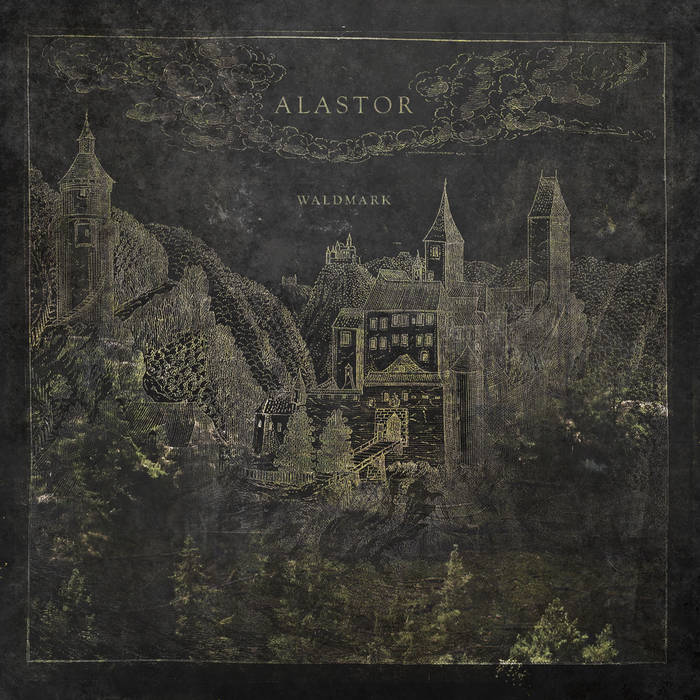 Waldmark is the woodland around the southern mountain ridge of the Bohemian Forest with it´s dark castles and unsilent rivers, full of myths and forgotten tales…

The Album will lead the listener to that great landscape through music and art. A Journey for you to enter the realm of deepest nature, darkness and sumava-mysticism. 8 Frostbitten Black Metal Classics are waiting for you! Be prepared…

CD / digital:
wrathofthetyrant.bandcamp.com/releases
digital album releases 01 March 2016
item ships out on or around 30 March 2016
edition of 600

The new album WALDMARK will be released via Wrath of the Tyrants in spring 2016 as limited Digi-CD and as LP in summer via Winterblast Halls.

-Wrath of the Tyrant Records is a Black Metal label dedicated to the genius underground spirit, printing limited stuff exclusively just to keep the flame of the early 90´s attitude alive.

-Winterblast Halls is a community label run by musicians. The idea of the label is based on the principle to own the means of industrial production.

The Album -WALDMARK- is the successor of the conceptional similar albums -SILVA NORDICA- and NOBLE NORTH- the wooden trilogy and marks the 20 years celebration of the band.

stands for nordic independent black metal since 1996. Becoming well known in the Austrian underground with their 3 demos, lots of gigs in Austria - there followed a short break in 2004. It was the introduction of a new era in the band's history and so, the successor of Silva Nordica and Nobel North followed. 2012 Split with Tundra under slava satan records and 2015/2016 Waldmark was recorded. ... more

Bandcamp Daily  your guide to the world of Bandcamp